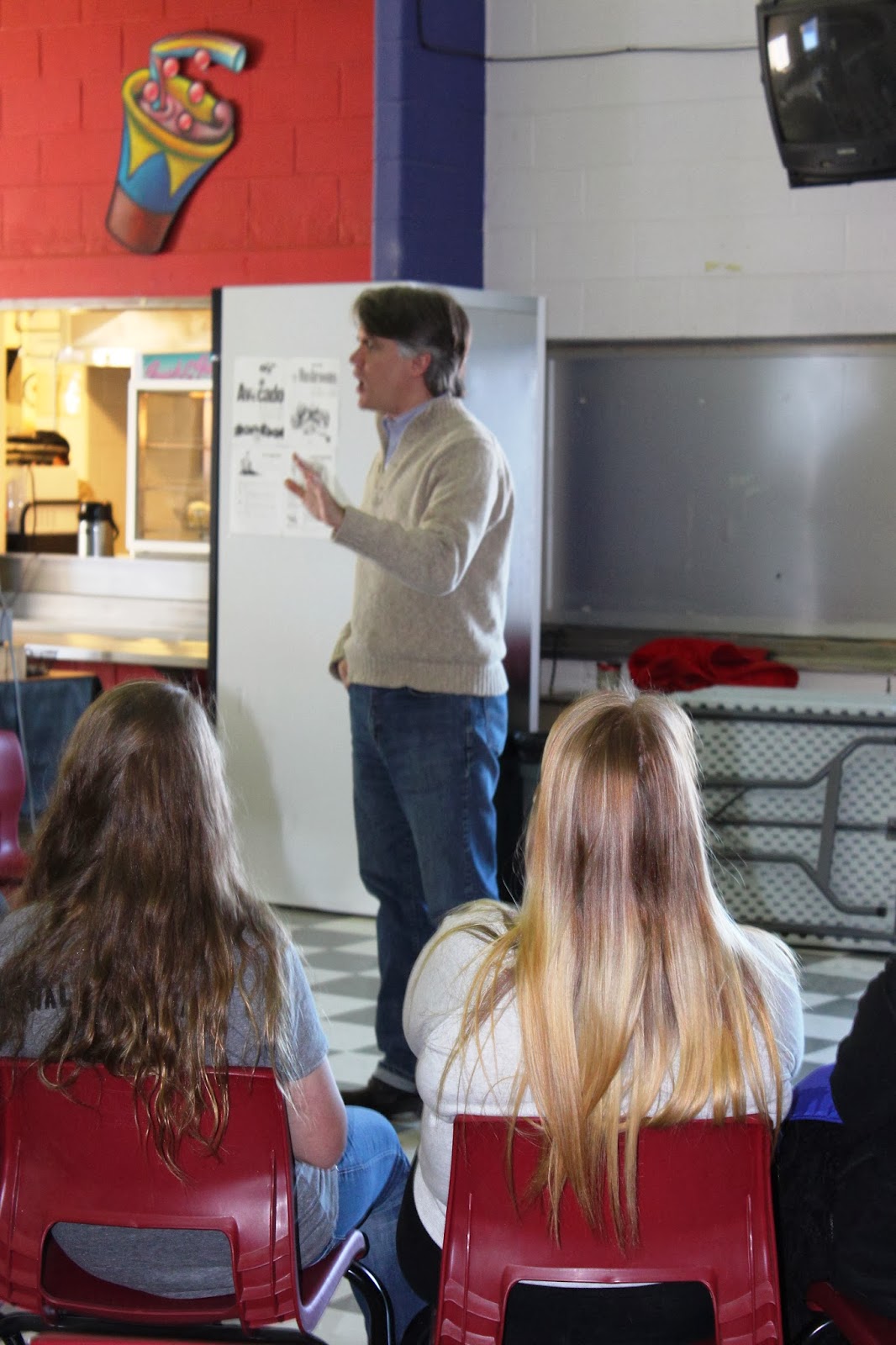 Today the ICH office visited Queen Elizabeth Regional High School in Foxtrap to talk about local folklore and supernatural belief. Dale and I visited with Lori-Ann Ash and Darrell Sneyd's grade ten English classes to discuss local superstitions, charms, ghost stories, fairy stories and urban legends. We also explored oral tradition, the transmission of folk belief and offered advice about collecting oral histories. To help the students out, we developed a one-page questionnaire for them to take home and use while interviewing parents, family members, friends, or neighbours.

During our visit the students told us some great stories of the supernatural. The following is an urban legend recalled by a female student:


In grade three or four the older girls at school would tease the younger girls about a monster in the toilet. The legend is that one stall, identified with a mark of red spray paint, has a creature living in the toilet and if you flush it, a green slimy hand reaches up, grabs you and pull you down. When I got to grade six, I realized this was made up but by that time we used it to scare the younger girls too, and kept it going. My younger sister goes to that school and that urban legend is still told today.


Another young woman, whose mother is from Denmark, told a Danish folktale about a man who was plaqued and tormented by the nisse, which are elves. The story the student told is as follows:

An old man was out in his garden, smoking his pipe and tending to his horses, when the nisse began to torment him. The nisse stole his pipe and used it to fill his home with smoke. The old man,thinking his house was on fire, called for help. Firemen arrived to put out the fire but they couldn't find any flames. When the old man suggested it was the nisse and that 'the fire was in his mind', the firemen promptly dowsed the man's head with a bucket of water.

We were also very excited to receive a little narrative regarding fairy belief in the area. According to one student, "in the elementary schoolyard there is a fence and we were told that if we went near the fence while wearing green, the fairies would take you away."

We are heading back to Queen Elizabeth Regional High School tomorrow afternoon to see what the students collected and to help them write up their folklore findings.

Here are the questions the students are using:

Teachers, librarians or museums: you can download a pdf of these questions right here.
Posted by Nicole Penney at 12:05 PM