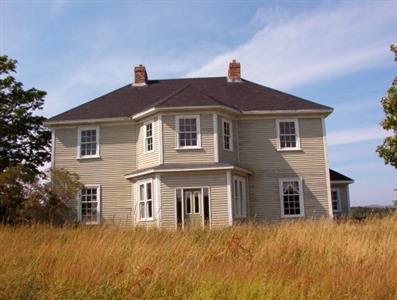 Robert Pack—English Methodist Politician and Merchant—and William Innott—Irish Catholic Publican and Horse Breeder—shared the streets and social circles of their respective towns of Carbonear and Harbour Grace. Wealthy and prominent, they built summer dwellings away from their urban households and business interests. Constructed in the 1820s, the summer dwellings were part of the architectural fashion of villa and cottage—retreats from towns of noise, crime, prostitution, and wayward pigs. These juxtaposing houses become an entrée into the material, social, and aesthetic life of Regency Newfoundland townscapes.

Folklorist Dr. Gerald Pocius will present on Pack and Innott at the Annual General Meeting of the Newfoundland Historic Trust on Wednesday, March 19, 2014, at 7:30pm, at the Benevolent Irish Society on Harvey Road.

Pocius has researched and written on topics ranging from joke-telling and pop music, to tract housing and religious popular prints. He has worked on many aspects of Newfoundland folklore and popular culture, publishing studies of belief, religion, medicine, narrative, and music. His specialty has been material culture, and he has published widely on gravestones, cemeteries, textiles, folk art, architecture, furniture, and cultural landscapes. While working primarily in Newfoundland and Labrador, he has also conducted fieldwork in the United States, Great Britain, France, and Lithuania.
Posted by Dale Jarvis at 3:51 PM