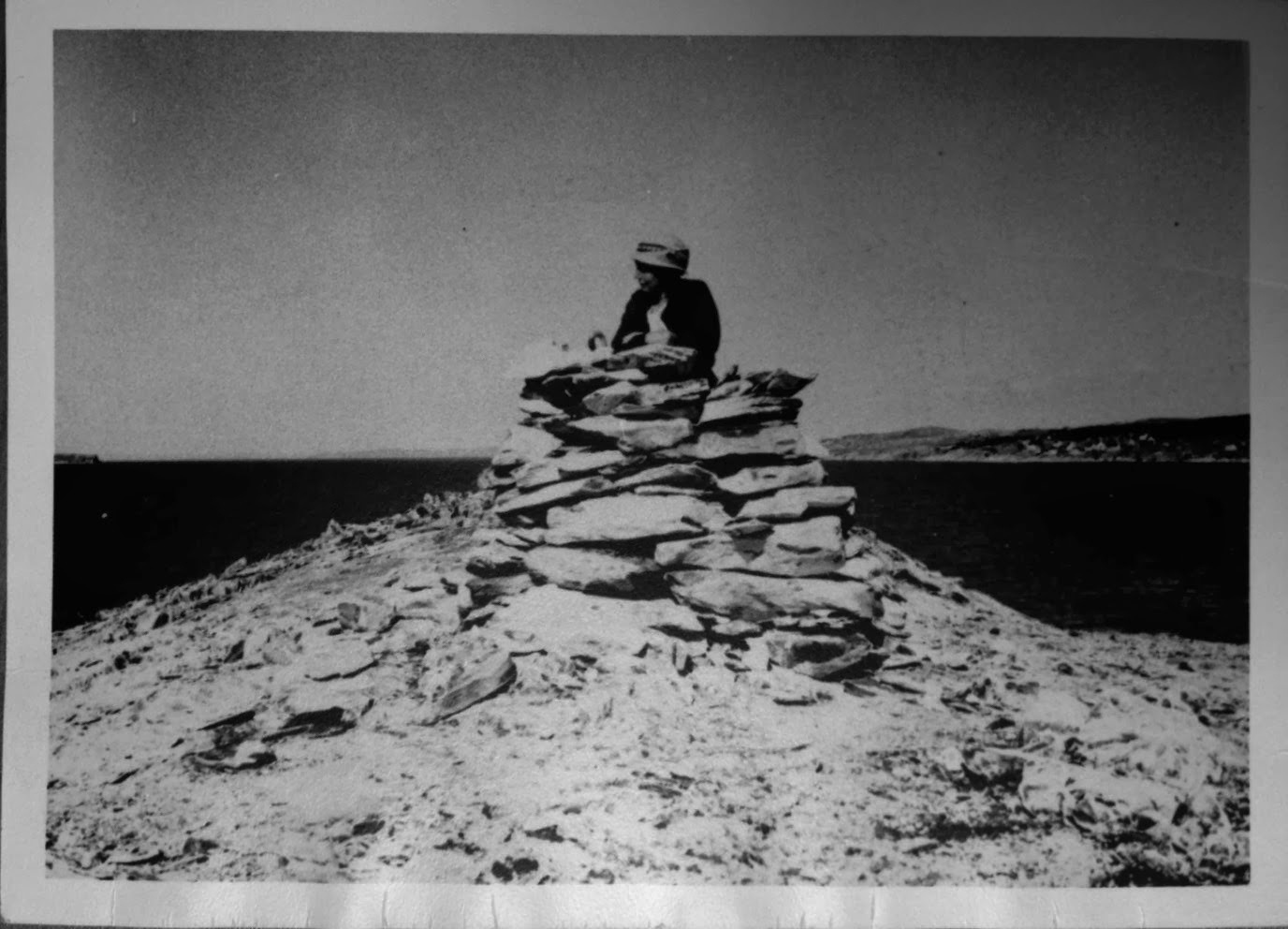 Today's folklore photo comes courtesy of the Newfoundland Historical Society archival collection. The photo shows the "American Man" - a cairn of stones located at the top of Spectacle Head, in Cupids. The original photo was taken by A.C. Hunter, and the back of the photo has an inscription which reads:

Photo by A.C. Hunter, about 1930
The "American Man" on the hill between Cupids +
Clarke's Beach. Mrs Hunter in photo
There was another one between Brigus and Cupids.
They were used as landmarks for Vessels
coming in, we supposed. We also wondered if
they came from "Marking Man"???
Muriel H. Hunter, 1976
Negative of this is in the A.C. Hunter Collection, Memorial Univ.
Audio Visual. 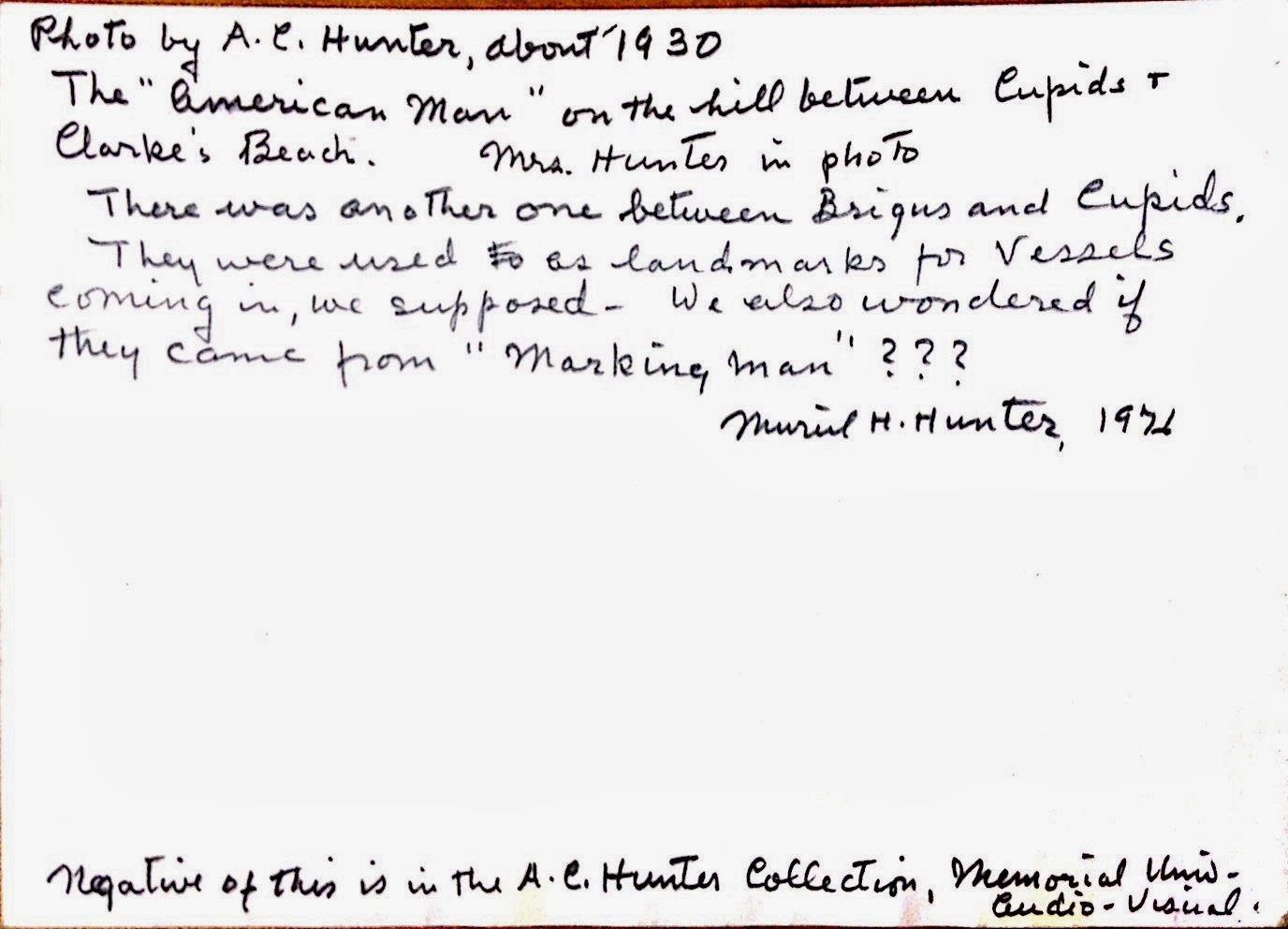 The cairn, which has been rebuilt several times since the 1930s, is much taller today, and a secondary, smaller cain has also been constructed nearby.  I've heard it referred to as both the "American Man" and the "Merican Man," and have also heard the theory, given by locals, that it is indeed a corruption of "Marking Man."

Here is how the structure looked during the Cupids 400 Celebrations in 2010. I believe the photo is by Dennis Minty: 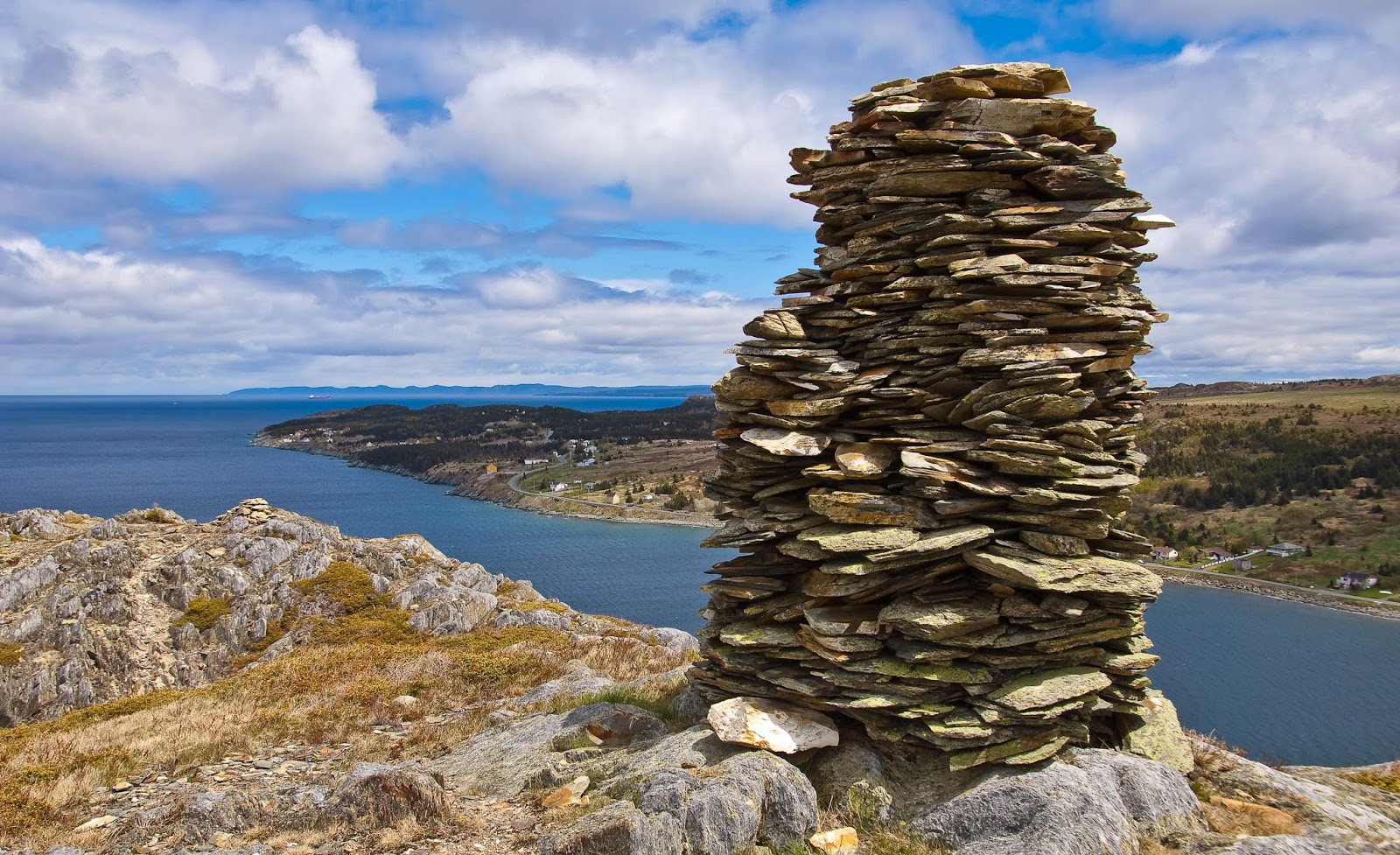 At some point after the 2010 celebrations, the structure was damaged by vandals, and rebuilt by local volunteers. Here is what the cairn looked like on 13 October 2013. Note that it is slightly more symmetrical here, than in the 2010 photo. 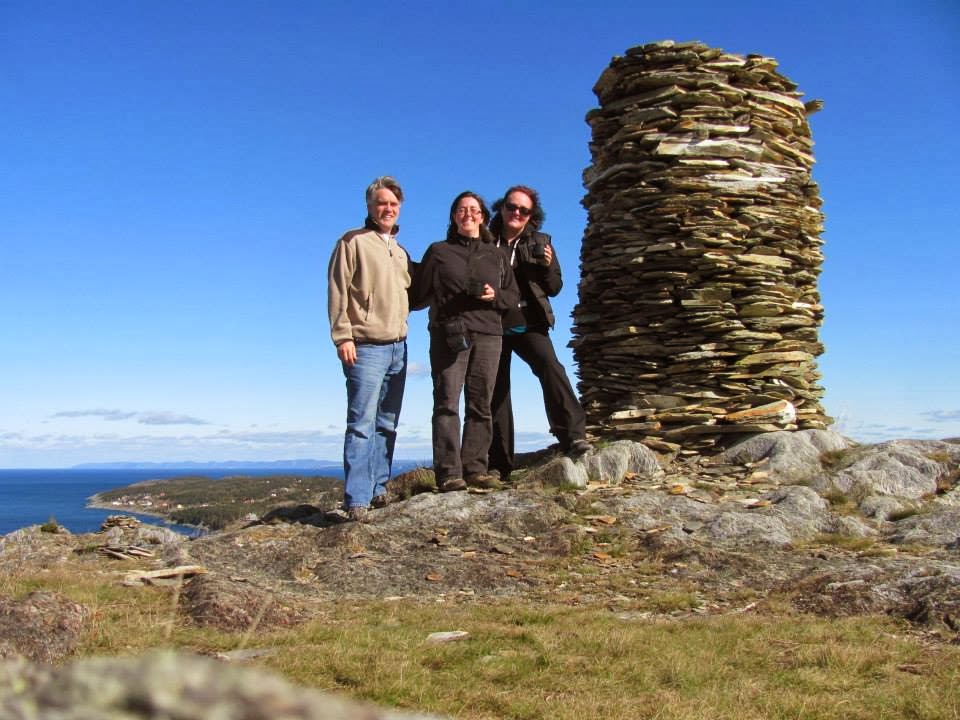 This note is the first I've heard of a similar structure located between Brigus and Cupids. If anyone knows of that particular cairn's current or previous location, email me at ich@heritagefoundation.ca

On 5 February 2013, Mike Sexton wrote me and noted the following:

"...years ago I met an Icelander in L'Anse Aux Meadows, he was on the hill looking for a third cairn at the viking site. He was an old mariner and he told me that there should be three if they were used for navigation. they always have the sky as a background,and you have to keep one in the middle for safe water. This one in the middle could be a considerable distance behind the ones closest to the coast. so you sail by, and when you have them positioned right you turn towards shore. (Safe water)"

I thought the American Man rock cairn referred to a person who fell to their death from the hill- so that it was supposed to be a sort of memorial in his memory? So, no truth to that??

That is an interesting bit of folklore that I've not heard before. Where/when did you hear it?

My grandfather was born in Cupids on 1910. I have no way of verifying this of course, but he swore up and down that he and his buddies erected that pile of stones when he was a child. He would laugh every time he heard some "legend" of who was responsible and when it was built, and shake his head.