Heritage in Harbour Grace: when is a church worthless? 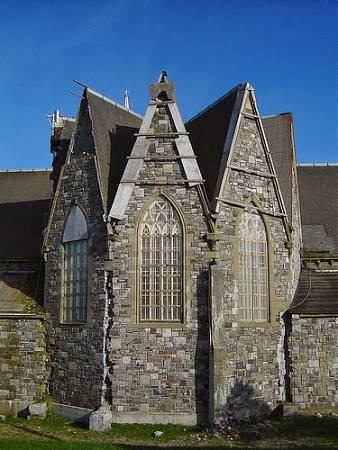 The 1892 Cathedral of Immaculate Conception in Harbour Grace, which made the news last September when it was rumoured that it was to be sold to a brewery, has made the news again.

"Harbour Grace cathedral found to be worthless" read the CBC headline, a story which was somewhat buried by breaking political news of the same day.

According to the article, real estate consulting company Altus Group has determined that the building currently has a market value of zero.

Folklorist Steven Zeitlin is the founder of City Lore. Established in 1986, City Lore’s mission is to foster New York City – and America’s – living cultural heritage through education and public programs, working in four cultural domains: urban folklore and history; preservation; arts education; and grassroots poetry traditions. In a 1994 article in Conserving Culture, Zeitlin paraphrases the work of heritage preservationist James Marston Fitch, who argued that "the real value of a place is defined not by dollars and cents but by the quantifiable human energy that was put into it."

Zeitlin argues that local places have value based on the decisions that went into their use, their history as focal points for neighbourhood development, and in how they served to create community.

"Part of our job as cultural conservationists is to find ways to understand and assign value to these intangibles," he writes, "because only by assigning a measurable value can we fight to protect them."

It is an interesting argument, and it will be equally interesting to see how the debate over the future of Immaculate Conception unfolds.