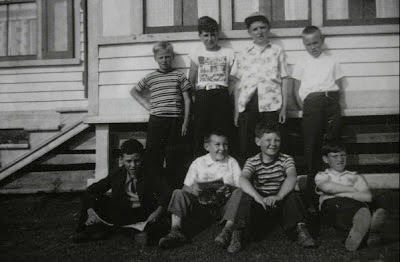 On Saturday afternoon, July 20th, 2013, as part of Heart’s Content Heritage Day, the Heritage Foundation of Newfoundland and Labrador (HFNL) will celebrate the designation of the Heart’s Content Provincial Registered Heritage District and will unveil a plaque recognizing this designation.

“Historic districts are geographically defined areas which create a special sense of time and place,” says Frank Crews, Chairperson, HFNL. “Above all, a historic district of provincial significance must have a ‘sense of history’, minimal intrusive elements, and the district's historic characteristics must predominate.”

The origins of the Heart’s Content heritage district date to 1866 when a transatlantic communications cable was successfully landed in the community. Included in the district are staff houses built by the Anglo-American Telegraph Company and Western Union Telegraph Company as well as buildings associated with the development of the community such as Heyfield Memorial United Church, the Methodist School and the Society of United Fishermen (SUF) Hall.

The application for the designation of the district by HFNL was made jointly by the Town of Heart’s Content and the Mizzen Heritage Society. The plaque will be unveiled on the grounds of the Mizzen Heritage Community Museum at 2 o’clock pm on July 20th.

The event will also serve as the launch of the “So Many Stories, So Many Traditions” oral history booklet that was compiled between fall 2012 and spring 2013. The booklet launch will take place at a reception at the SUF hall following the plaque unveiling.

The event is free and open to the public.

Photo: A vintage photograph of boys from the community including
Lloyd Smith, Art Button, and Art Cumby.
Posted by Dale Jarvis at 3:11 PM