Cable Avenue in Bay Roberts was always known for having certain services before other parts of town. The Western Union Telegraph company ensured that their company houses had electricity, sewage, running water, and an attractive streetscape, all of which were maintained by hired caretakers. Originally there were two main wells that serviced both the cable station and the avenue, but each of the staff duplexes were eventually given individual wells that were located in their basements. Some of these wells can still be seen in the buildings, and one of the main service wells is still present in the backyard of Randy Collins. Mr. Collins is a long-time resident of Cable Ave who lives in the former Superintendent’s house. He has covered this large well with a gazebo, but it is connected to a faucet that supplies Mr. Collins with water for his garden. He took the time to show me two different wells: 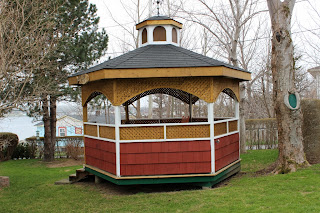 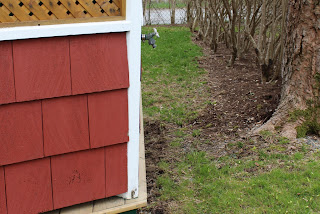 “This here, this is built over a well. It’s 18 feet deep, 15 foot wide. You could put a boat into it. That was the well that supplied all the avenue at one time. And everyone of them got wells--see, there’s a well in each one of those houses. I’ll show you. This one here, I built that over it but in the middle of July in the hottest weather, you can get icy cold water out of that.” 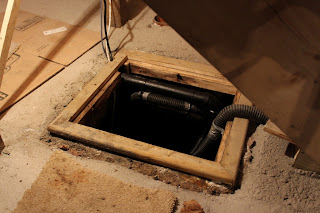 “I’ve got a submersible pump down in mine that keeps the water down below three feet from the top. There it is, there’s the well there. I left the cover off. Each one supplied two households, see. And those wells would be perfectly good you know, if you wanted to pump them out through a line, get some water, you’d have no trouble.”

I wonder how many communities have old water wells that are still in use? If you know of any, please contact us, we’d love to hear about it. lisa@heritagefoundation.ca.

Fun read! I actually live across the street from a forest preserve and there are two old sealed up wells in it with no house around them at all which makes me wonder who was using them before they were sealed! I was reminded after reading your article, too bad they're not still being used though!