May bushes in Torbay and Middle Cove 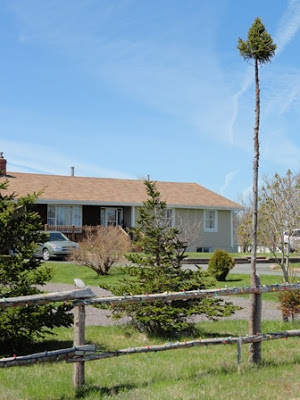 One of the great, if now somewhat fading, traditions in Newfoundland is that of the May Bush. A few days ago, former HFNL staffer Lara Maynard sent me two pictures she had taken this month. The photo above, with the house in the background, is from Torbay. The one below is from Middle Cove.

May bushes have a long tradition, but are rarely seen today, so I'm delighted that people are still putting them up. A few years back, Lara wrote a description of May bushes for a little publication we did entitled "What is ICH?" and which is reprinted here:

“When I was a primary or elementary school kid at a Catholic school, each May students wore blue ribbons pinned to their clothes in honour of the Blessed Virgin Mary. Blue ribbons showed up around our neighbourhoods, too, on May bushes – saplings with most of their branches cut off, except for the few left around the top with the ribbons on them. This tradition can be traced back to the ancient Celts, who used maypoles or boughs as part of springtime rituals and to bring good luck, especially for agriculture. The Christian Church adopted May as a month for the devotion of Mary, and the custom appears to have evolved to fit in there. The people I know who still put up May bushes in recent years seem to do it out of a combination of religion and tradition.”

If you know of May bush in your community, take a photo and email it to me at ich@heritagefoundation.ca 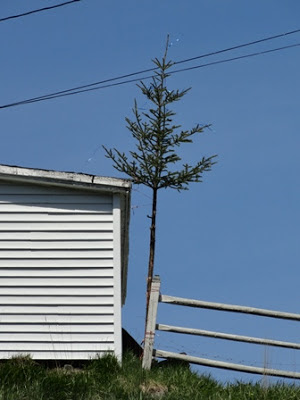