As a folklorist, going out into the field can yield interesting and unexpected results. This past summer I was working on the 2012 Folklife Festival which focused on make and break engines. Doing fieldwork for this project, I expected to see a lot of boats, many engines, and even some time on the water. What I didn't expect was finding miniature versions of these traditional engines being made for use in art. 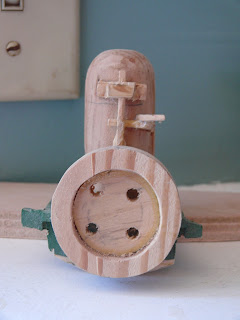 A work in progress - by Charlie Abbott (CBS). 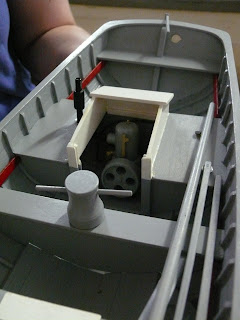 A movable miniature installed in a model 'motor boat' - by Harry Pardy (Twillingate). 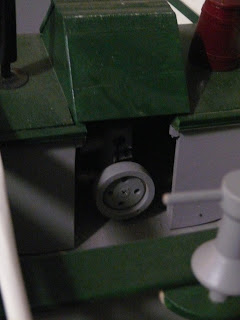 Another miniature engine in a model boat - by Otto Young (Twillingate). 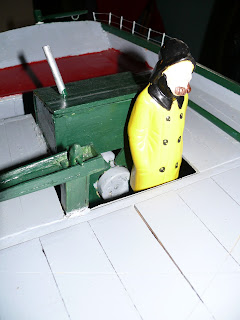 Another surprise was to find one of these artists making full scale replicas complete with moving parts and sound. Victor Williams creates replicas of Acadia 3 hp engines in his workshop in Bay Bulls. A series of spokes attached to the back of the flywheel hit against a small metal tab as the flywheel is manually turned. The result? The iconic tik-a-tok sound that could only come from a make and break engine. 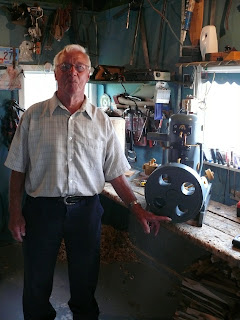 Its interesting. I have a couple of miniatures that were hand made. One is carved while the other seem to be a broom handle with a large 4-hole button for flywheel.