Did you know? A Little Tidbit About Heritage Animals 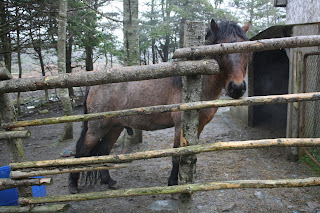 The Newfoundland Pony was the first and only animal to be given status as a heritage animal by the Government of Newfoundland and Labrador. In December of 1996, the province passed new legislation that calls for the protection of heritage animal such as the pony.This protection is seen through the support and breeding of animals that have been an important part of the province's history. For more information on the designation of the Newfoundland Pony please see the Heritage Animals site hosted by the Department of Natural Resources.
-Lisa
Posted by Unknown at 2:35 PM