Exploring a historic well hidden underneath a St. John's home.

I've been working with the Heritage Foundation of Newfoundland and Labrador (HFNL) since 1996, for much of it involved with HFNL's work preserving and promoting the built heritage of the province. In that time, I've poked around in more basements and attics of historic properties than I could attempt to count. But today I saw something new, even for me.

A while back, I posted on my personal twitter account (@dalejarvis) a link to a news item from Devon, UK, where a man found a 33 foot deep medieval well underneath the floor of his living room.

I thought this was pretty neat, and then got an note from local real estate agent Janet Kovich (@J_Ko__) saying she had handled the sale a property in St. John's that had a well under its floor. I, of course, wanted to see, so she arranged with the owner for me to go take a peek.

I don't want to give out the street address of the property without permission from the owner, but the house is relatively new, I'd guess having been built in the 1970s or 1980s. It is a curious house,  constructed in the Tudor Revival style, with a central stone-faced tower and spiral staircase. The house was built in a section of the city that would have been on the outskirts of town in the early twentieth century, in farming country.

I arrived at the house, Janet meeting me there and bringing me down into the low, partially finished basement. We ducked our heads under beams, past the base of the central tower, and made our way to the corner of the basement. There, we found a large wooden cover about 8 feet square slightly raised from the level of the concrete floor. Workmen doing renovations on the house assisted by propping up the cover, giving us a clear look at the structure below.

Sure enough, it is a well, circular in shape, about 6 feet wide. The well is constructed with dry stone walls, several feet deep. It very clearly predates the house, and for some reason the original owner of the building had kept the well intact, instead of filling it in. At the bottom of the well is set what looks like a metal barrel or oil drum, filled with rubble or silt. I'm guessing that the drum had been placed inside the well at some point to keep the walls stable.

I don't know much yet about the history of the property, but will post more later if I find out anything. I suspect there was an old house or barn near the site of the present house.

I'm always interested in hidden architectural gems and oddities like this. If you know of hidden wells or passages in or around St. John's, you can email me at ich@heritagefoundation.ca as I'm always up for an underground adventure! Have you seen something like this? Or have any theories on this one? Drop me a note! 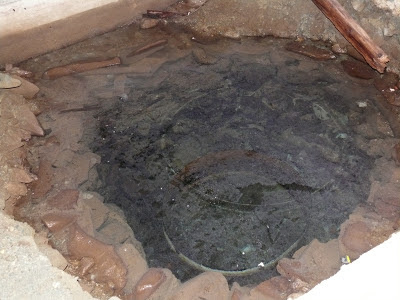 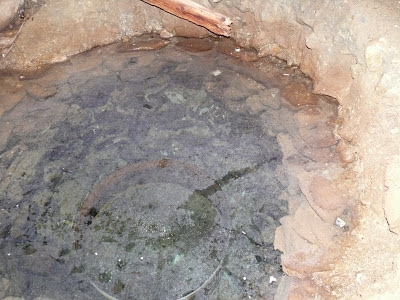 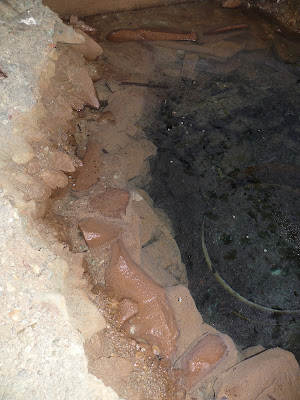 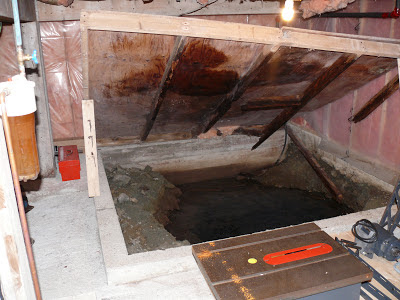 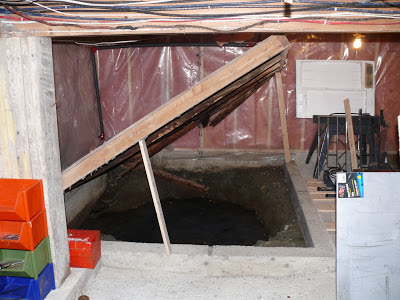 Interesting part of the house. I wonder if the water is good to drink?